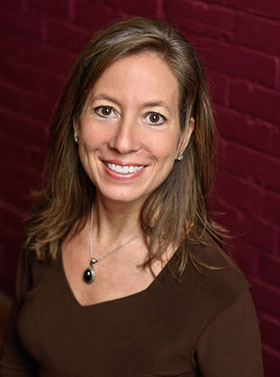 Eighteen years ago, I walked up to a podium in the Governor’s mansion and looked out over a sea of hands, twisting and waving in the air. Dozens of members of Maine’s deaf community were there, and this is how they clap. Vigorously. Silently. They were honoring me with an award for my WMTW-TV series of investigative reports on decades-old abuse at the Governor Baxter School for the Deaf. Some of the victims were in that audience.

“Thank you,” I said through the interpreter, “for letting me be your voice.”

One of those victims ended up taking his life in a supermarket parking lot. I remember getting the call that evening from the news desk that he was pacing outside Hannaford holding a rifle. By the time I arrived at the scene, he was gone. Everyone in the parking lot that night was talking about the crazy man with the gun, but I knew about his years of abuse and suffocating silence and I told his story (Watch: "Dying to Be Heard").

During the past twenty-five years, I’ve interviewed thousands of people for hundreds of newspaper, television and magazine stories. Whether it’s a criminal trial or a middle-school bake sale, looking back I can see that my singular self-imposed task has been consistent: Dig deep enough to uncover the soul. Because regardless of the subject, there’s an emotional spark. Always. My job is finding that spark and crafting it into something relatable and universal.

That often involves being the voice for those who would typically go unheard.

In 1994, fresh out of Bowdoin College and beginning my career as a crime reporter for The Sun in Lowell, Massachusetts, I interviewed homeless heroin addicts for a story about an extra-pure batch of the drug that was killing their friends. I thought they’d be scared. Turns out, they were actually searching for that batch. If it was strong enough to kill, they reasoned, it must be good. Their lives were that bad. They had nothing to lose.

That series of stories earned me the New England Press Association’s Rookie of the Year award, given annually to the top daily newspaper reporter in New England. “Elisa Boxer will be one of a very few that has the ability to picture life with words,” wrote one of the awarding judges. I’ve kept that piece of paper all these years because I do see that as my charge and my privilege as an author and a journalist: Documenting life. Getting to the heart of who someone is and what motivates them and then crafting that into something tangible that maybe helps people make just a little more sense of this messy world.

The year before Lowell, I was a Columbia grad school student, trudging through the streets of Queens for my masters project documentary on Bosnian refugees who had fled their war-torn country and come to the safety of the States, only to find a similar level of hatred among their new Serbian and Croatian neighbors. One refugee literally still had a shrapnel shard in her cheek. She was trusting me to tell her story. To be her voice. This concept has never felt and will never feel anything less than completely sacred to me, no matter who I’m interviewing.

I get emotionally involved in my stories.

Not in a creepy way, but in a way where I don’t hesitate to weave empathic threads through someone’s experience, to let them know they are heard. And seen. And understood. It’s that same sacred trust.

As a journalism instructor in the University of Southern Maine’s English Department, this is one of the lessons I imparted to my students, that it’s okay and even preferable to let your emotions into your work. Many journalists believe the opposite. I believe that objectivity is one thing, but detachment is another. Detachment fosters disconnect, and if you’re emotionally disconnected, you’re going to miss the soul of the story.

And then one day instead of telling the stories, I became one.

In 2003, I built my dream house, moved in, and woke up that first morning unable to breathe. My airways had closed due to a toxic soup of formaldehyde, polyurethane, and other chemical fumes outgassing from the new building materials. My newborn son developed head-to-toe eczema. One of his first words was “itch.”

Journalistic instincts kicked in and I began researching these chemicals that had made us so sick. I learned about Manufacturers Safety Data Sheets and trade secrets and how industry lobbyists and science-for-hire assures that chemicals linked to biological harm can and do end up on store shelves. I learned how our standards and laws in this country protect the companies who make the toxins, and not the people who unwittingly bring them into their homes.

In between inhaler puffs and hospital visits, I began lobbying and testifying for safer chemical policy in Maine and around the country. I joined 40 other moms’ groups from around the country in Washington DC, lobbying for chemical reform and meeting with members of Congress whom I’d previously interviewed as a journalist. My story was coming full circle. I was becoming a voice for myself.

Before this, I hadn’t thought much about root causes. Of illness, or of anything, really. I was too wrapped up in covering up symptoms so I could plug along getting to the heart of other people’s stories. Now that I was digging into my own, I found myself on a journey of how to heal on a deeper level.

I tried meditation and mindfulness. For the first time in maybe ever, I slowed down. I learned to shed old limiting beliefs. I learned to reconnect with that place of peace and stillness inside me that had been covered up for so many years by so many things that I had forgotten it was even there.

I learned how to soften.

Try this: As you exhale, let your shoulders fall.

We can all soften.

My journey to breathe normally led me to breathe differently. More deeply. More consciously. I took hundreds of hours of trainings in these disciplines because the deeper into myself I went, the more I wanted to share this with others. I became a mindfulness coach and columnist.  I learned first-hand how slowing down in a speed-it-up world actually increases productivity and satisfaction because you’re more connected to you.

From my place of healing, I became drawn to the stories of others who were suffering and healing. I spent a day documenting a fly-fishing retreat for women recovering from breast cancer. I wrote about children with life-threatening food allergies and type 1 diabetes and I was telling their stories from a deeper place.

I told the story of my son and my grandmother and their last day together, and somehow it landed in the New York Times.

My son has high-functioning autism, which has awakened a new way of looking at the world and a depth of compassion that I’m not sure I would be able to fully show up and be present for on this tender level, were it not for my own transformative challenges. These children have so much to teach us.

I have a renewed appreciation for writing that is meaningful and impactful and I’ve reconnected with my childhood passion for writing books. Here are a few from my earlier years:

Perhaps it’s no coincidence that my first (real) published picture book centers around the theme of finding your unique voice and using it to convey – through speaking and writing –  who you are and what matters most to you.

Even writing this bio; seeing my own words unfold onto the page (I write everything out longhand first), helps bring into focus how journalism, teaching, mothering, mindfulness, advocacy and writing are inextricably and cosmically intertwined for me.

Leading us back home to ourselves.

All part of the path.

Thanks for pausing to walk awhile with me. 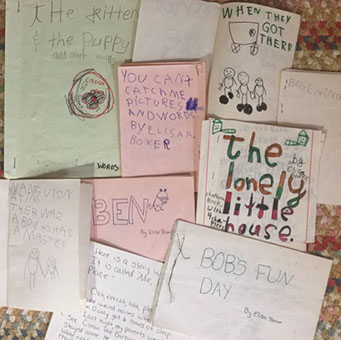